Home › Uncategorized › Get out of my computer, China!

Get out of my computer, China!

Today I was browsing the internet in the apartment, and a strange ad came up on the Google maps web site. Normally Google doesn’t show ads on their own pages; especially ones that look like this. 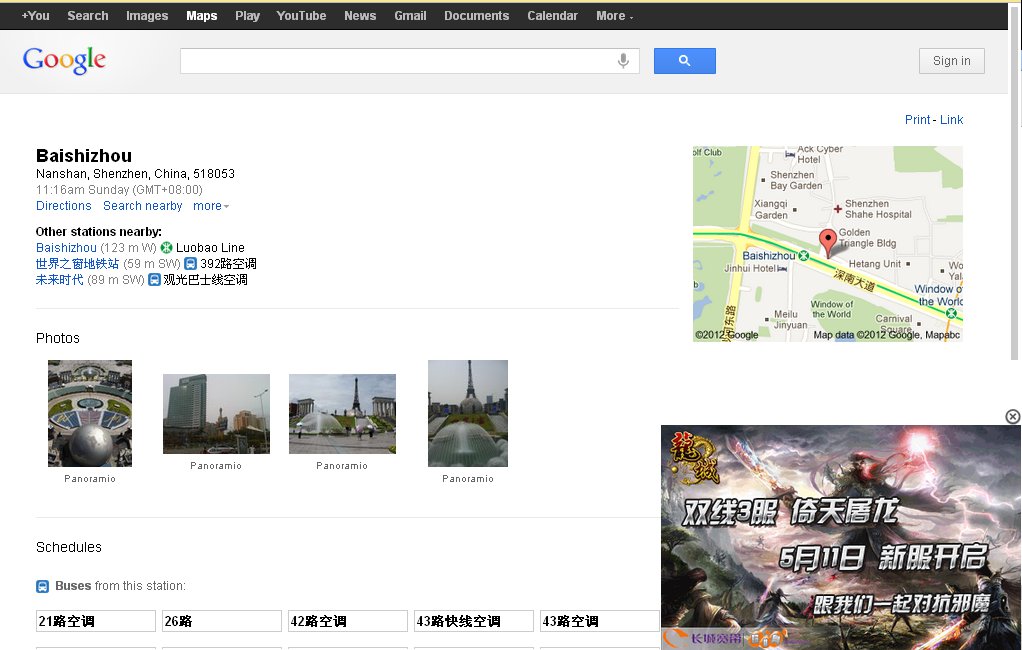 What is this ad in the bottom right? It's covering up part of the page!

I started to do some investigating, and what I found was disturbing. It turns out my internet service provider, Great Wall Broadband, is inserting code into my web pages. So when I make a request out to Google, GWB is taking the response, modifying it, and then sending it back to me. This is very bad. Basically, any of my network traffic that isn’t encrypted can be sniffed and modified, so I have to be careful to always use SSL when I am logging in to sites, and it makes me happy that I have intentionally not logged in to Facebook or Gmail directly from within China.

I would be using a VPN all the time, but there are a couple problems with that. First, I can’t seem to log in while I’m at the apartment, and second, with the ridiculously awful bandwidth I have VPN just wouldn’t work anyway.

For now I’ve put in a block on all traffic from the domains they use, so while I may still get some weird insertions into my web pages, at least I won’t be seeing any more of these ads.

A few days ago we tried contacting the company to get faster internet, but apparently we’re already paying for 6MBps. There must be a translation issue here, because in reality it’s about 1/20th of that, making it only slightly better than dialup. The internet guy didn’t seem to think there was an issue (the internet works, right?), and after futzing with some unrelated wifi settings (that would make things worse, by the way), he declared the issue resolved and left.

Sadly, this is the way things are going in the states, too. ISPs are more and more frequently modifying the page contents to insert their own ads, and lines are so oversubscribed that it’s impossible to get the service you pay for, and things outside of basic browsing are often restricted or blocked entirely. The network monkeys who come by to install or fix things are rarely knowledgeable enough about their field to correctly identify, diagnose, and fix a problem. I’d help GWB out with a strongly worded email and changing of service providers, but without mastery of the language or knowledge of alternative options, I’m pretty much stuck for the next month.

At least when I return to the states I’m completely wiping my computer, and changing all my passwords everywhere. I’m not bringing this crap back with me.