At the electronics market there are lots of booths of people selling iPhone cases, USB thumb drives, cell phone trinkets, and other useless but high margin plastic things. They prey on the thousands of visitors from around the world who are there to get useless “Made In China” crap for their families or get ‘amazing’ deals on electronics. There is no need for warranties or money back guarantees; most people will not be returning for quite some time, and those that would know better.

As it was one of my first days, and in the interest of recording for posterity, I allowed myself to fall victim at one of these booths. A tray of unpackaged microSD cards caught my eye, and I asked for one of the 16GB ones. Initially the price was over $20, as communicated through the large button calculators at every booth. Clearly this was not competitive with even Amazon, and I was not a fan. She chopped the price down to $10, but I wasn’t having that, either. Walking away is the first trick in lowering prices, and I played that card, quickly getting a call to return. Then I played the second card, which was asking for a second one, but at a discount on each, bringing the total to $15 for 2 16GB Kingston microSD cards. She hemmed and hawed, but ultimately accepted when I started to walk away again. Success! My first negotiation at a booth, and I had achieved more than 50% savings! 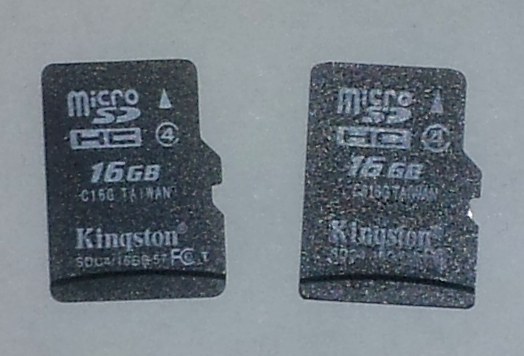 The fronts of the cards look legitimate. 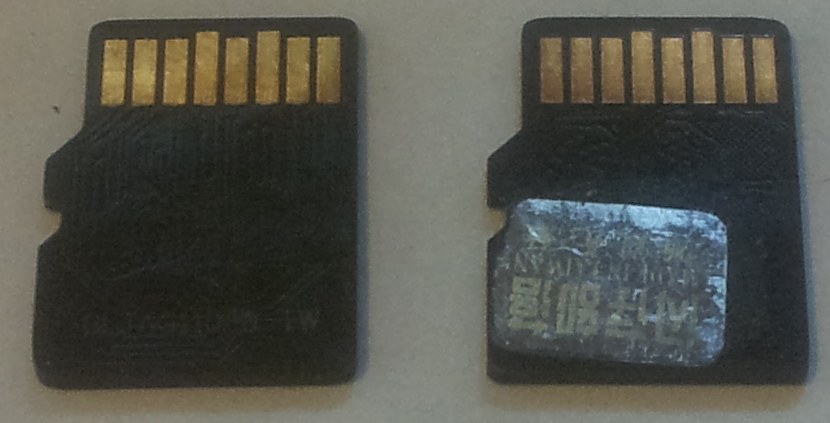 The back of one of them even has an authentic looking sticker that says “Made in Taiwan.” It HAS to be good, right?

The thrill faded when I discovered some things about these MicroSD cards. I put it in my laptop (my China laptop that had been formatted prior to arriving in China and would be separated from my home network, and I formatted the drive immediately) to check it out, and discovered that somehow these MicroSD cards had figured out how to be extremely efficient with data storage, because though it was formatted in FAT32, it only took 8kB of storage after being freshly formatted. It should have been much more than that. 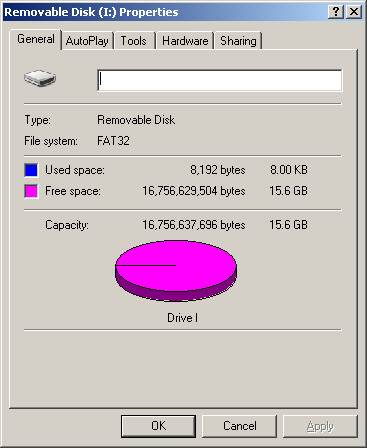 Have you EVER been able to get a full 16GB off a microSD card? No. Except this time!

I ignored it and moved on. Someone needed some files, and I got to work transferring them to the drive. Everything went smoothly, and I checked some files to make sure it was all there. When they came back a few minutes later, though, it appeared that the file NAMES were all there, but not all the CONTENTS. Sure enough, only a fraction of the files had actually transferred. There were no complaints, and the first couple gigs worked great. I found a utility to test the card to verify my suspicion, and sure enough: 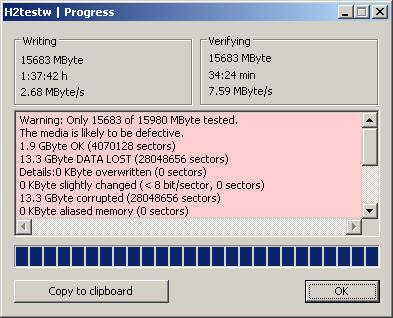 So my 16GB drives were actually 2GB drives with different labels printed on them and the firmware rewritten to report as 16GB? Or maybe they were defects that should have been destroyed? Anyway, they were bad.

I don’t blame Kingston. I knew they were sketchy, and I knew I was taking a risk, but it does serve as a cautionary tale. When manufacturing in China, you need to be extremely aware of fake parts. It turns out I’m not the only person to have experienced this problem with MicroSD cards as well, and Bunnie Huang did an excellent investigation of this issue. Any part you purchase could be fake, could be rejected parts, or could be parts that are old and exposed to too much humidity or have oxidized and can’t be sold to discerning customers.

The problem goes the other way, too. Any product that you produce could quickly become a fake, retailed as if it were legitimate in shady markets. Your defects that should have been reworked or destroyed somehow make it out into the real world, and then support requests are made on products that never worked right to begin with and shouldn’t have made it into the market. This happened with Mitch Altman, inventor of the TV-B-Gone, who started getting support calls for his product, and after significant investigation discovered that someone else had copied his product entirely, down to the contact information, but unfortunately didn’t do as good a job at building the product. When this sort of thing happens, it takes away from profits, but it also pollutes the brand with defective products and potentially unknowing customers, who then have a negative experience with the brand.

Putting it all together in a pretty little package

It’s a wild world, and it’s hard to tell what’s real and what’s not. Quality control is essential and challenging, but there are people with no scruples who will destroy it anyway. It’s challenging to keep fake parts out of your products, and it’s nearly impossible to prevent your product from being cloned, poorly. The cloners will replicate everything, including the packaging, and there’s very little you can do about it. You just have to do the best you can, and as long as the clones aren’t happening in your market, don’t stress so much. Also, don’t source your components from disreputable sources, and NEVER buy a MicroSD card at the electronics market in Shenzhen.