The Madison Mallards are a local baseball team (Madison, WI). Their stadium had a fast pitch sign that displayed the speed of the pitch. The system had a radar gun mounted up in the press box, pointed down to the pitcher. A person in the press box would read the radar gun speed and enter it into a separate controller, which was wired to a sign in right field. The sign was two digits of 7-segments each, with bare glass light bulbs. If a baseball or outfielder had hit the sign, it would have been bad. 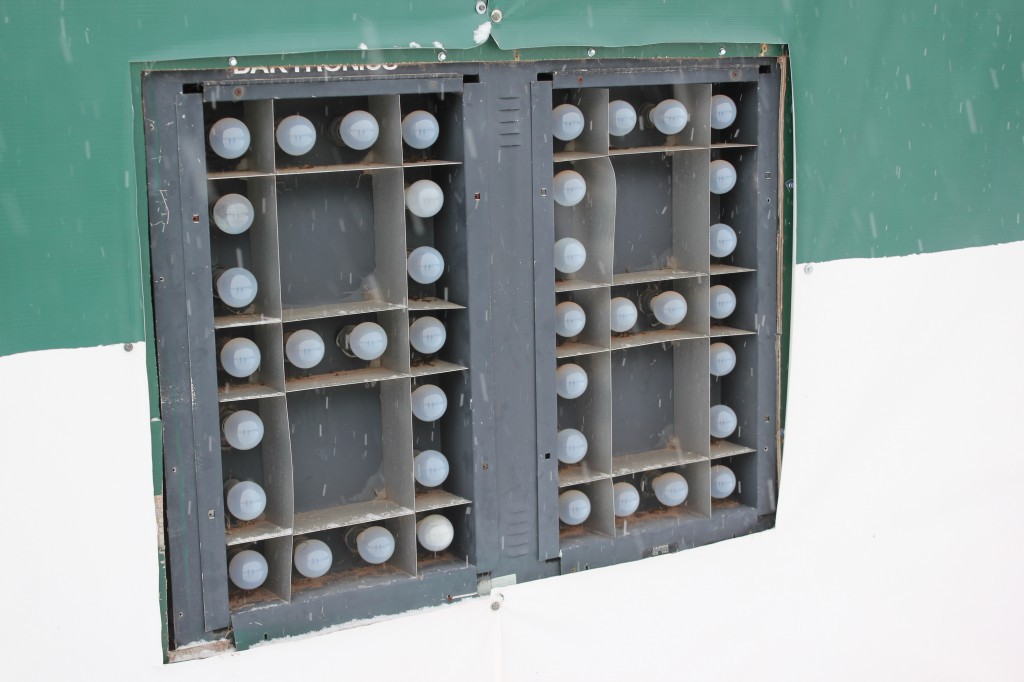 The Mallards came to Sector67 to ask if we could fix the sign in exchange for advertising. WYZGYZ partnered with Sector67 to develop the solution.

The final solution used mostly off-the-shelf components, and some custom electronics. It should be easy to maintain, significantly improves the graphics, and automates the process of sending the speed to the sign. The radar gun now automatically sends the speed directly to the sign, which is an LED matrix. The sign is brighter, easier to read, and has graphic effects. 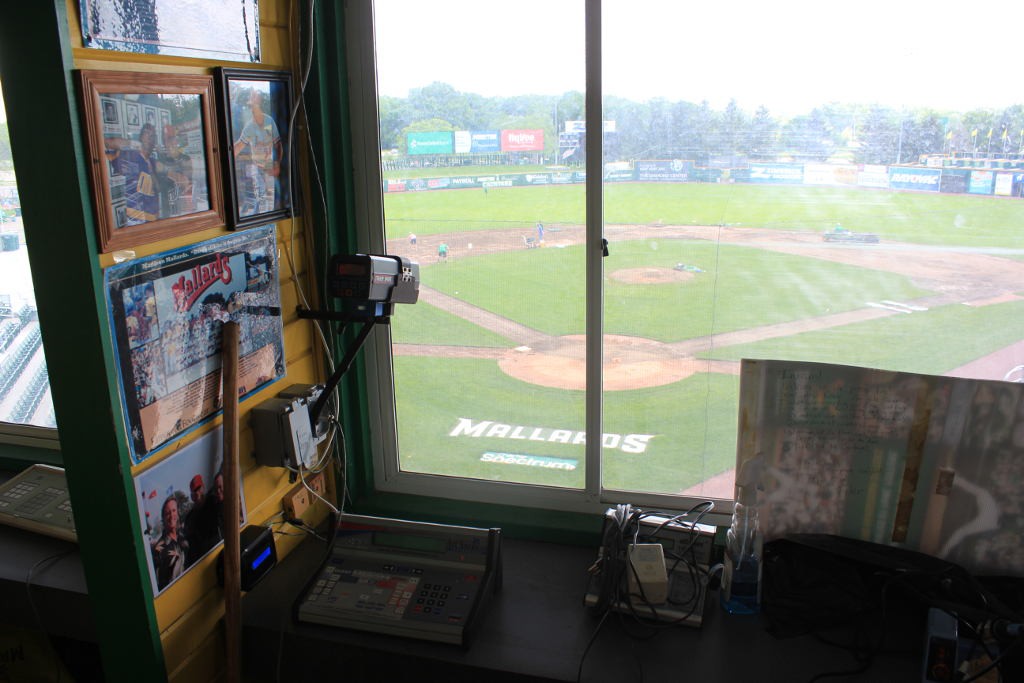 The press box where the radar gun captures the speed and sends it to a special box. The box corrects for the angle, then sends the speed over RS485 to the sign. 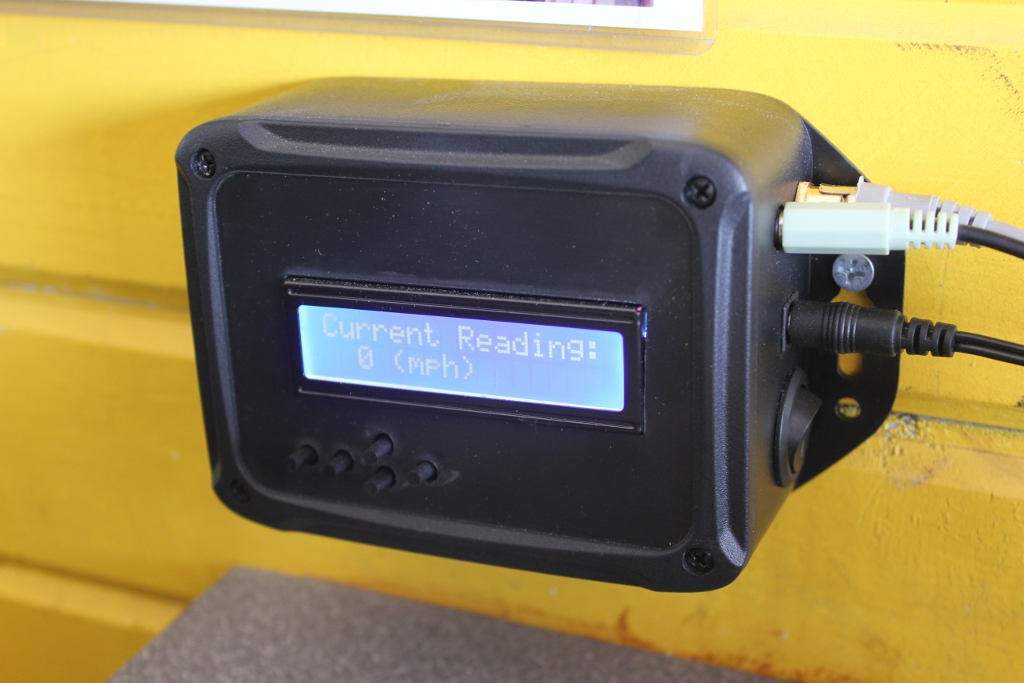 The custom box. Some items are configurable, like duration of display. 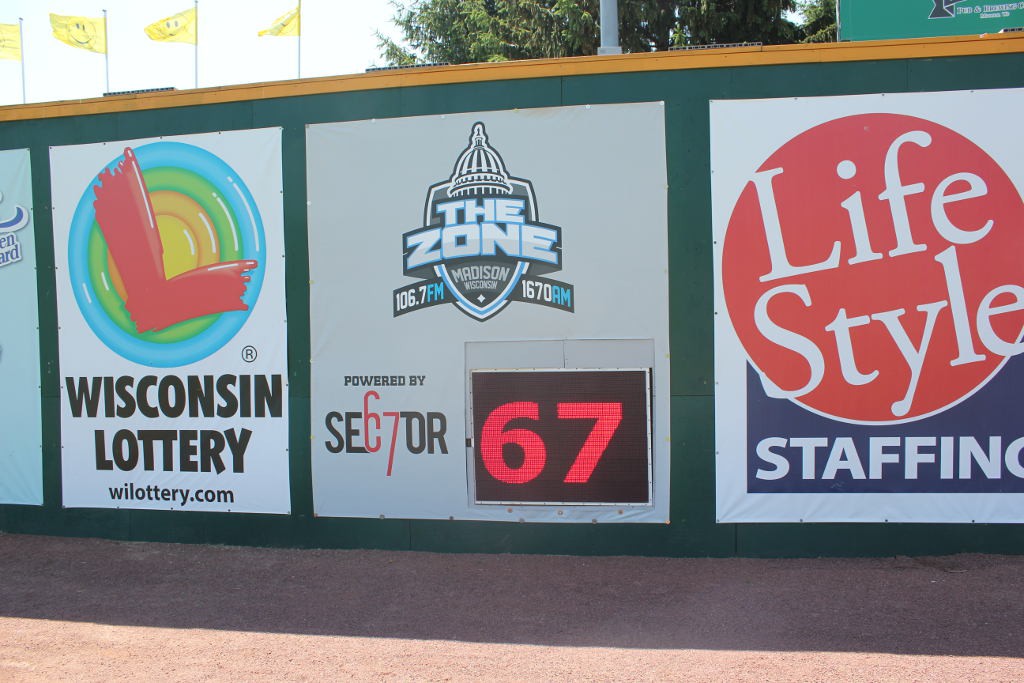